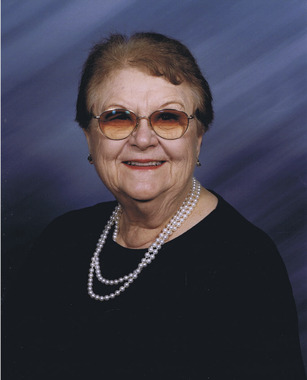 Venna Burne Rush, 94, of London, Kentucky departed this life on December 6, 2019.
Born January 15, 1925 in Oolitic, Indiana, her family relocated to Marydell, Kentucky, a few years later.
She graduated from Bush School and went on to earn her teaching certification from Eastern Kentucky University. She taught for the Laurel County Board of Education for 20 years, and worked for a total of over 40 years in education. During this time, she taught in one room schools, her favorite being the fourth grade classroom setting and eventually traveled throughout the county doing home schooling for children who for whatever reason could not attend regular classes.
She met and married her husband and had two children which she raised with her husband all while teaching school.
She retired in 1981. After her retirement, she helped raise her four grandchildren and took on the care of her ailing parents. She was always raising a litter of kittens which she loved so very much. Any spare time was spent volunteering to help promote adult literacy and teach adults to read and write.
She was preceded in death by her parents, Bessie Peters Smith and Winford E. Smith, as well as her husband, Simuel K. Rush. She also suffered the loss of her son, Ted K. Rush as well as her granddaughter, Sarah Harris-Wilson.
Survivors include her daughter, Gwenn Harris, currently residing in Berea, Kentcky, grandsons, Lowell Harris and Lee Harris, both living in London, as well as a granddaughter, Susan Harris of Louisville, Kentucky, along with extended family and friends whom all will mourn her passing.
She had a great love for life and lived hers fully surrounded by people, animals, and things that brought her joy.
A memorial service will be held on Wednesday, December 11, at 7 p.m. in the chapel of House-Rawlings Funeral Home with Freddie Harris officiating.
The family will receive friends on Wednesday beginning at 5 p.m. until the service hour.
The family has entrusted House-Rawlings Funeral Home with the arrangements.
Published on December 9, 2019
To plant a tree in memory of Venna Rush, please visit Tribute Store.

Plant a tree in memory
of Venna

A place to share condolences and memories.
The guestbook expires on March 08, 2020.