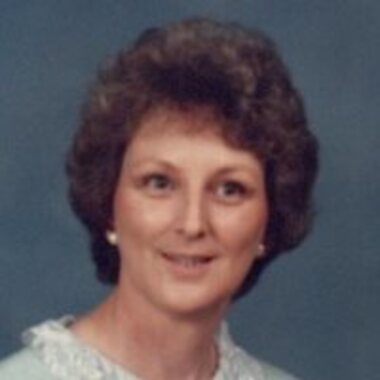 Back to Joyce's story

Joyce Ann McFadden Onkst, age 73, of London, Kentucky passed away January 17, 2020 at her home.
She leaves behind her husband of 54 years, Vernon Onkst; daughters Rita Gaines and husband Robbie, and Veronica Hodges and husband Todd; and two grandchildren, Ryan Gaines and Reagan Hodges.
She was the daughter of the late Harry and Ruby McFadden; the sister of Gertrude Reams, Nelda Isaacs, Arnold McFadden and Eddie McFadden, all of London, and Brenda Weber and Mildred Prater of Ohio. She also leaves behind a host of other friends and relatives to mourn her passing.
She was preceded in death by three siblings, Yvonne Hammock, Donald McFadden and Harry McFadden, Jr.
Joyce was an active member of Liberty Baptist Church for more than 30 years. She loved being part of the Ladies Sunday School Class, helping in VBS, and preparing food for church social events.
Funeral services for Joyce Ann McFadden Onkst were held in the Bowling Funeral Home Chapel on Tuesday at 11 a.m. with Bro. Mike Burns and Bro. Larry O'Bryan officiating. Burial will follow in Warrens Grove Cemetery.
The family received friends after 6 p.m. Monday.
In lieu of flowers, the family requests donations be made to VNA Health at Home Hospice, 740 East Laurel Rd., London, KY 40741, or to the Gideon's International.
Published on January 21, 2020
To plant a tree in memory of Joyce Onkst, please visit Tribute Store.

Plant a tree in memory
of Joyce

A place to share condolences and memories.
The guestbook expires on April 20, 2020.