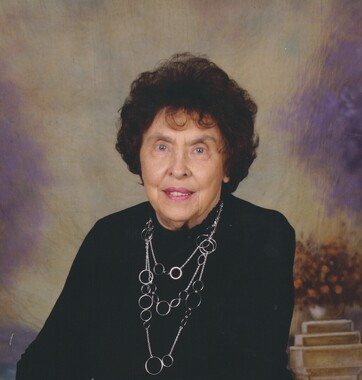 Back to Eunice's story

Eunice was born in London, Kentucky to Roscoe and Thenia (Jones) Bruner.
She was the oldest of 11 children, 10 of which are still living today; Doris June Reams and husband Jim, Janice Binder and husband Keith, C.L. Bruner and wife Shirley, Marilyn Stogsdill, Larry Bruner and wife Brenda, and Michael Bruner and wife Susie all of London, Roger Bruner and wife Fern of Somerset, Kentucky, Juanita Pearl Saladino of Downers Grove, Illinois, Roscoe Keith Bruner and wife Margaret of Middlesboro, Kentucky, and Carol Myrmingos of Franklin, Tennessee.
Eunice also known as Colleen by friends and family, went to school at Hazel Green High School in East Bernstadt, Kentucky. While she was a junior in high school, the man that was to be the love of her life got her attention as she was walking from the classroom to the gym. She met Windell Fields that day in April 1953 and married him in August, four months later.
Windell worked three jobs, one of them for Advance Construction Company to which he would excel and make his permanent full time job.
In 1956 Eunice, as she was known as for all of her working career, started her first job in banking at Western Springs State Bank as a supervisor in bookkeeping, then worked at Clarendon Hills Bank, and at Darien Bank.
On December 10, 1975, Windell Fields died of a massive heart attack. Although it was a major shock to all of the family of Windell's death, Eunice supported her two children until they were out of school for the summer in 1976. On July 4, 1976, she, Doug and Cheryl moved to London, Kentucky. Doug and Cheryl both graduated from Laurel County High School, Doug in 1978, and Cheryl in 1981.
Later in life she married Johnny Day, which brought her into a relationship with his children, Eddie (Jackie) Day and Connie Anders, along with his grandchildren of all whom she loves dearly.
Eunice began working at London Bank and Trust on July 6, 1976, then Laurel National Bank, National City Bank, PNC Bank, Forcht Bank, and lastly 1st Trust Bank, all in London. In her banking experience of over 50 years, she has served as a Teller, Bookkeeper, Bookkeeper Supervisor, Business Development Officer, Customer Service Representative, Customer Service Manager, Assistant Vice President, Vice President and Senior Vice President.
She has been fortunate to be a past member of the National Association of Bank Women, Secretary and Treasurer for the Southeastern Chapter of the Bank Administration Institute of Kentucky, Treasurer of the American Cancer Society of Laurel County and has helped raise money for MDA.
Eunice greatest work in life has been her bible studies and teaching God's word, both to friends and family. She taught her children, grandchildren, neighbors, coworkers and acquaintances. She was most thankful to God for opportunities in life to read His word, which she did daily until her passing.
Eunice divided her time after retirement living with Doug and his wife, Mary in Athens, Alabama, and with Cheryl and her husband, Sam Adams in Mt. Dora, Florida.
She was also blessed with seven grandchildren and 15 great grandchildren.
Eunice Colleen (Bruner) Fields Day, age 84, passed away Friday, December 6, 2019 in Mt. Dora, Florida.
She was preceded in death by her husband, Windell Fields; by her parents, Roscoe and Thenia (Jones) Bruner; by her brothers-in-law, Doyle Stogsdill, Joseph Saladino and Peter Myrmingos; by her step son-in-law, Carl Anders.
There was a visitation on Tuesday, December 10, at Limestone Chapel Funeral Home in Athens, Alabama from 5-8 p.m.
Funeral services will be conducted Friday, December 13, at 1 p.m. in London Funeral Home Chapel with Ross Triplett, C.L. Bruner, and Doug Fields officiating. Burial will follow at Bruner Cemetery.
The family will receive friends at London Funeral Home from 5-9 p.m. on Thursday, December 12.
Published on December 9, 2019
To plant a tree in memory of Eunice Fields Day, please visit Tribute Store.

Plant a tree in memory
of Eunice

A place to share condolences and memories.
The guestbook expires on March 08, 2020.

Sherrie Moore
Eunice was a very kind person and willing to help you , if she could . I have known her family a long time. They are good people. I am very sorry to hear she passed. She had just retired and enjoying her children and grandchildren. Time goes so fast. She was a very pleasant person and, always , ready to listen and help you. She will be missed by myself and lots of others who knew her caring heart.
Joyce Cobb
II am so sorry to hear of Eunice’s passing.
She was a dear dear person. She was so pleasant each time I visited the banks for the Laurel County Board of Education.
View all