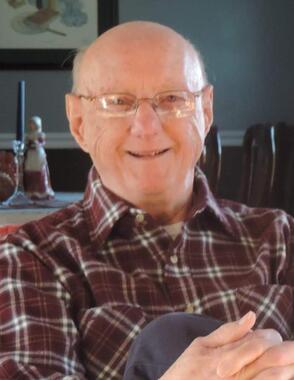 Back to Egbert's story

Egbert Anthony Kurzendoerfer (Bert), son of the late Joseph and Mary Heintzman Kurzendoerfer, was born in Louisville, Ky on April 5, 1934 and passed away peacefully in his home in London, KY on Sunday, December 8, 2019 at age 85.
He was united in marriage to his surviving wife, Rita Laun Kurzendoerfer, on May 6, 1957. Their union was blessed with three children; Theresa Kurzendoerfer Smith (Tom), Paul Anthony Kurzendoerfer (Vivian) and Kenneth William Kurzendoerfer; 5 grandsons, Joshua Smith (Shana), Jacob Smith (Aimee), Stephen Pendl, Daniel Kurzendoerfer and David Kurzendoerfer and 5 great grandsons, Cody Smith, Asher Smith, Gabriel Smith, Oliver Smith and Rafi Pendl. Bert is also survived by one remaining sibling, Aloysius (Al) Kurzendoerfer of Louisville, Ky and numerous nieces, nephews and friends who will mourn his passing.
Bert will be remembered for his unwavering devotion to his wife of 63 years, his beautiful tenor voice, a passion for music that continued to bring him joy and comfort in his final days, his abiding faith and love for his family. Bert was a strong, determined spirit who loved his Creator, and a proud father, grandfather and great-grandfather.
A native of Louisville, Kentucky, Bert was a life-long Roman Catholic who served for many years as a music minister, member of the church choir and as a Cub Scout Leader at St Ignatius Parish in Okolona. He served in the U.S. Army and retired from Naval Ordnance Station in Louisville in 1993. He and Rita moved to London, KY in 2014 where they found a loving circle of friends and neighbors, and were faithful members of St. William Catholic Church.
Bert is preceded in death by his parents, his brothers; Joseph, Michael, Arthur, and James Kurzendoerfer; two sisters, Mary Kurzendoerfer Hranicky and Patricia Kurzendoerfer Vincent and his son-in-law, Steve Vittitow.
A Funeral mass will be observed on Monday, December 16 at 11 a.m. at St. William Catholic Church located on 5th Street in London with Father Vitner Martinez officiating. Following Mass, family and friends will gather in the Church fellowship hall to celebrate Bert's beautiful life with music and remembrances. His remains will be interred at Calvary Cemetery in Louisville in a private family service at a later date.
The family expresses heartfelt gratitude to the team of caregivers who helped provide comfort in Bert's final days. The family requests expressions of sympathy take the form of donations to St. William Catholic Church Christmas Giving Tree program and to VNA Home Hospice of London, P. O. Box 2328, London, Ky 40743. Final arrangements provided by O'Neil-Lawson Funeral Home, Corbin, Ky.
Published on December 12, 2019
To plant a tree in memory of Egbert Kurzendoerfer, please visit Tribute Store.

Plant a tree in memory
of Egbert

A place to share condolences and memories.
The guestbook expires on March 11, 2020.