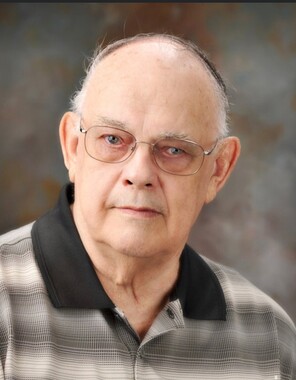 Back to Charles's story

Charles Pennington, Jr., age 89, was born September 16, 1930 in Whitley County, Kentucky. The son of the late Charles Forrester and Hazel Medlock Pennington. He was united in marriage for 47 years to Phyllis Fields Pennington who survives. He is also survived by three children: Robbie Pennington and wife Tammy, Paula Thompson and husband Terry, all of London, and Marsha Herzog and husband Paul of Peosta, Iowa; one brother, Harold William Pennington and wife Barbara of Frankfort, Kentucky; eight grandchildren: Brice Pennington, Jacob Mosley, Kelsey Holcomb, Keaton Moberly, Caleb Mosley, Anthony Thompson, Miranda Creech, and Ashley Brock; four great-grandchildren; plus a host of other family and friends to mourn his passing. In addition to his parents, he was preceded in death by one sister, Geneva Moberly.

Pennington leaves behind a rich legacy in law enforcement serving as a Kentucky State Trooper, a Field Deputy for the Laurel County Sheriff's Office, a Deputy US Marshal and appointed as the Eastern District U.S. Marshal until his retirement in 1986, wrapping up a 30 years of law enforcement service.
After retirement, Pennington became active in the local community. He served as Chairman of the Board of the Laurel County Fire Department, board member on the London Planning and Zoning Commission and 26 years with the London Laurel County Industrial Authority, until health issues required him to step down this past July.
Charles leaves behind a host of family and friends to mourn his passing.
Funeral Services for Charles Pennington, Jr. will be conducted at 1:00 pm Thursday, January 23, 2020 at Bowling Funeral Home in London, KY with Johnny Jervis and Randy Bingham officiating. Burial will follow in the A.R. Dyche Memorial Park.
The family of Charles Pennington will receive friends at Bowling Funeral Home after 6:00 pm on Wednesday, January 22, 2020.
Published on January 20, 2020
To plant a tree in memory of Charles Pennington, please visit Tribute Store.

Plant a tree in memory
of Charles

A place to share condolences and memories.
The guestbook expires on April 19, 2020.

From your friends at Hirschbach

Dreams From the Heart Bouquet was purchased for the family of Charles Pennington by From your friends at Hirschbach.  Send flowers